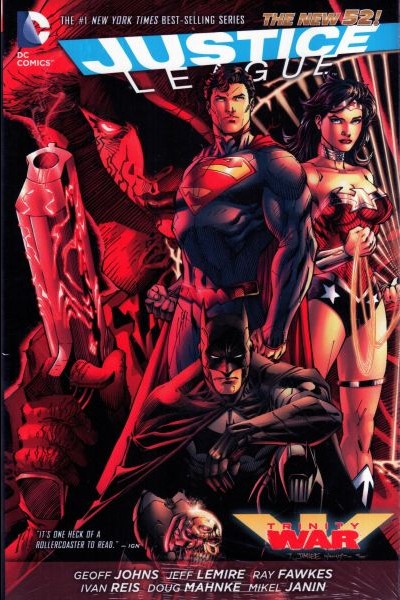 If for some reason you missed this epic story that leads into Forever Evil.  You need to grab it.  below is some collected information about this Hardcover: 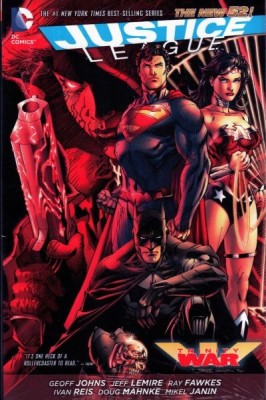 It was an event that had been in the making since the very launch of the New 52. In September 2011, every #1 debut issue of DC’s relaunch featured a Where’s Waldo-esque appearance by a cloaked woman who we would later learn to be none other than the Pandora of Greek myth. Little was known other than she was important to the future of the all-new DC Universe so several months of fan-speculation passed. Then came Free Comic Book Day in May of 2012 and the release of a special New 52 #1 one-shot that revealed the mysterious Pandora was not alone, but part of a “Trinity of Sin” comprised of herself, The Phantom Stranger, and, to everyone’s surprise, The Question, who was getting a mystical re-imagining that didn’t sit too well with fans of the character who inspired Watchmen‘s Rorschach. Perhaps even more surprising was that the comic ended with a flash forward to 1-year later in the New 52 when the Justice League, Justice League Dark, and an all-new superhero team that had not yet gotten its own series, were battling over Pandora’s Box, a 3-eyed skull of solid gold.

Gradually, Geoff Johns’ Justice League series built toward the coming of Trinity War, but not to the same degree as a new title called Justice League of America(our 3rd super hero squad from the flash forward), which was also written by Johns. The Justice League of America comic centered on A.R.G.U.S (DC’s S.H.I.E.L.D equivalent) forming its own team of meta-humans who could bring down the A-list Justice League in the event that they one day ever turned evil. Of course, since the Justice League is not evil just yet, the JLA focused their efforts on investigating a Secret Society of Supervillains led by an unnamed figure with a strange connection to Pandora’s Box.

That should bring you up-to-date, but I would recommend to those who plan on buying this despite my halfhearted recommendation to read Justice League, Vol. 4: The Grid (skipping issues #22 & #23), Shazam, Vol. 1 (it touches upon the 7 Deadly Sins–although it doesn’t make sense when you really think about how they are introduced there and how they are introduced again here– and explains what happened to lead Shazam to this point in his life), and Justice League of America, Vol. 1: The World’s Most Dangerous (skipping issues #6 & #7).

Justice League: Trinity War is an attractive hardcover that features a dust jacket with the Free Comic Book Day NEW 52 #1 cover and includes the following issues within: NEW 52 #1 (including the erroneously drawn male Atom in a flash forward), JUSTICE LEAGUE #22-23, JUSTICE LEAGUE OF AMERICA #6-7, JUSTICE LEAGUE DARK #22-23, CONSTANTINE #5, TRINITY OF SIN: PANDORA #1-3 and TRINITY OF SIN: PHANTOM STRANGER #11 all in proper reading order. You can read full, detailed reviews for each individual chapter and my thoughts on Trinity War as it unfolded at the following link HERE. And since I really went in-depth with those articles, I’ll keep this brief and to the point:

Find this and much more at TBS COMICS the premier comic book store of the emerald coast with stores in Fort Walton Beach and Pensacola Florida!

X-Wing Miniature Game Trending to the Stars
Next Post: Pre-Sales for Magic the Gathering: Journey into Nyx