You are here: / Comics / Journey to Star Wars: The Force Awakens with Shattered Empire TP
Are you prepared for Star Wars the Force Awakens?  You may want to grab this Trade Paperback “Star Wars Shattered Empire” as a prep for Force Awakens.
Spoilers abound in the mini-series set between ‘Return of the Jedi’ and this December’s big screen ‘Star Wars’ revival.
“The Force is meaningless. And the Jedi are extinct.” Or, at least, that’s what the Empire tells itself.

The final issue of Marvel’s Journey to Star Wars: The Force Awakens – Shattered Empire is released today, closing off another prologue to December’s movie set after the events of 1983’s Return of the Jedi. As the four issue story draws to a close in the wake of the final trailer for The Force Awakens, here is a spoiler-y rundown of the things that fans might want to pay attention to.  Available at your favorite comic book store of course “TBS COMICS”. 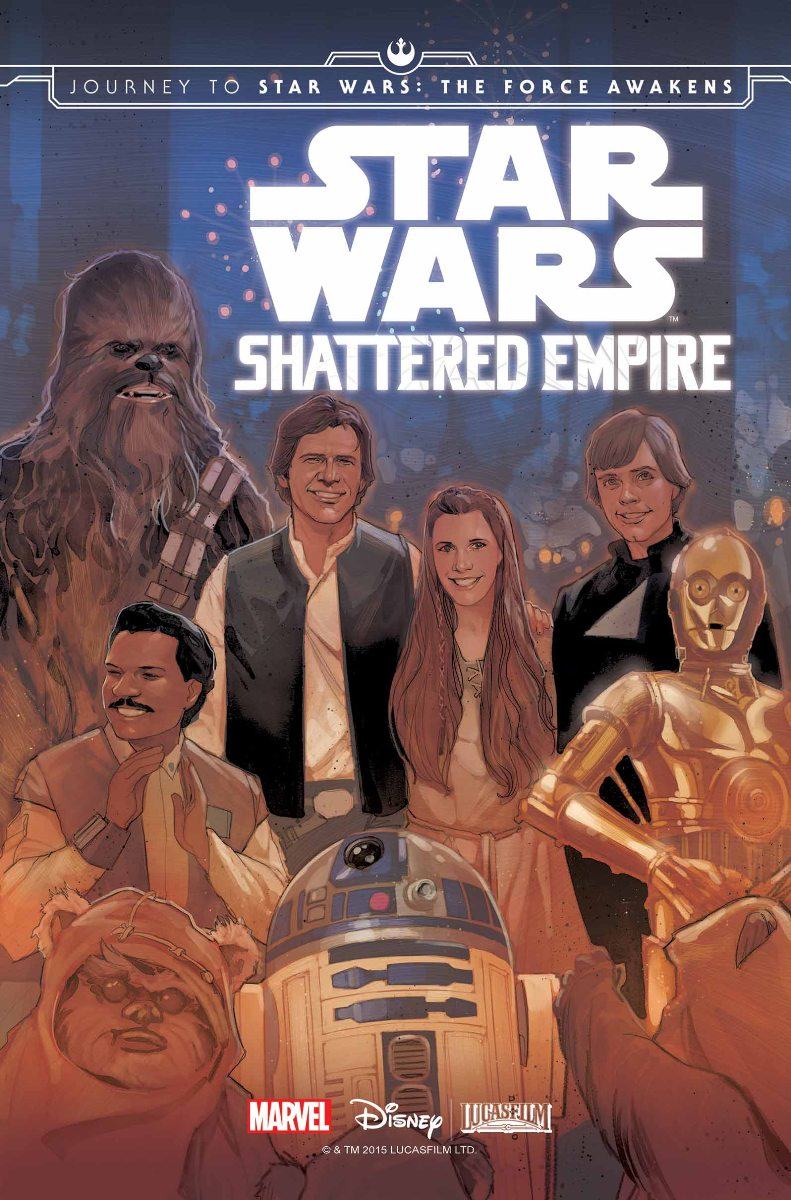