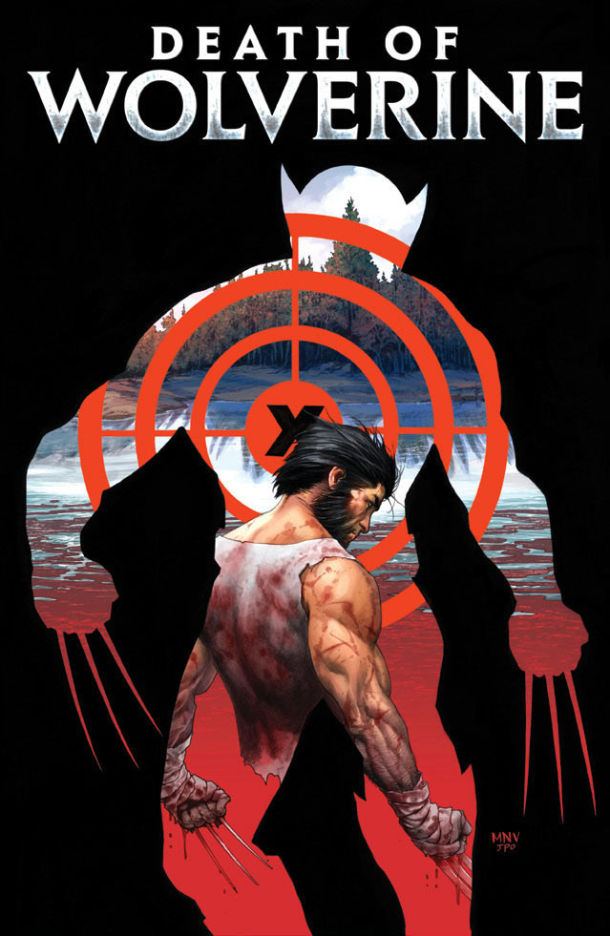 It’s already one of the most highly anticipated comics of the year, and Marvel is proud to announce that DEATH OF WOLVERINE #1, the first issue in September’s blockbuster 4-issue weekly event, is about to get even bigger! Now weighing in at a whopping 56 pages, DEATH OF WOLVERINE #1 comes packed to the gills with bonus content for the same price!

Charles Soule and Steve McNiven kick off this landmark issue with the first chapter of this eagerly awaited series! Left without his mutant healing factor, witness The Wolverine as he makes his last stand. With his back against the wall, this is one battle he will not return from…

And it will take more than a mutant healing factor to repair the void left in a world without Wolverine.

Then, go behind the scenes of this landmark issue with over 20 pages of bonus content! Go from concept to finished page and see how penciller Steve McNiven, inker Jay Leisten and colorist Justin Ponsor bring writer Charles Soule’s script to life!

DEATH OF WOLVERINE #1 also features new interviews from X-Men and Wolverine creators, past and present, including Wolverine co-creator Len Wein as they reflect on 40 years of being the best there is at what he does – and the legacy he leaves behind.

Each issue of DEATH OF WOLVERINE also features a special Weapon-Etched Holo Foil cover treatment that must be seen to be believed! As if there wasn’t already a reason to experience the Earth shattering end of an era, no fan can afford to miss the oversized debut in September’sDEATH OF WOLVERINE #1!