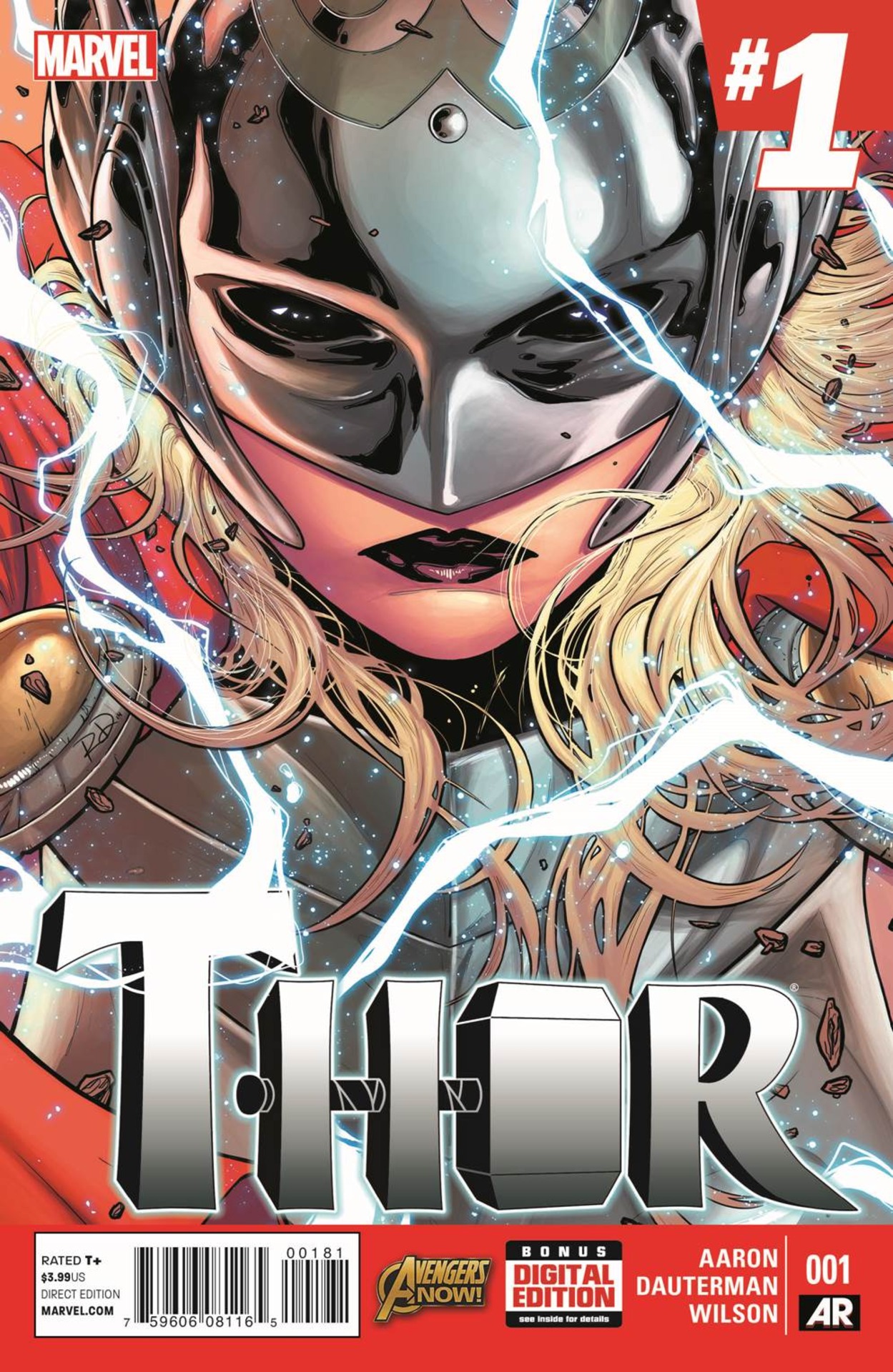 * The great hammer MJOLNIR lies on the moon, unable to be lifted by anyone in all the heavens! Even THOR!

* Something dark has befallen the God of Thunder, leaving him weakened and for the first time in forever… UNWORTHY!

* But when Frost Giants invade the Earth, the hammer will be lifted and an all-new Thor will arise! A Thor unlike any we’ve ever seen before!* Who is this new GODDESS OF THUNDER? Not even Odin knows!* JASON AARON teams with hot up-and-coming artist RUSSELL DAUTERMAN (CYCLOPS) to create a bold new chapter in the storied history of Thor!

TBS COMICS, the premier comic book store of the Emerald Coast since 1985 with two stores ( Pensacola, FL and Fort Walton Beach, FL). If you are in the surrounding areas such as Gulf Breeze, Navarre, Destin, Niceville, or Crestview TBS COMICS is your Destination for all things cool!