Force of Will TCG the next Big Thing in Card Gaming

You are here: / Card Games / Force of Will TCG the next Big Thing in Card Gaming

Force of will is shaping up to be the next big game in the world of Collectible Card Gaming.  It’s being compared to some other popular card games like Magic the Gathering, Yu-Gi-Oh!, and Cardfight Vanguard.

In ancient times, there was a land where Gods and Demons would wage war. A land that was graced by the five Elements, Valhalla. After a long period of time, the fighting never ceased, and would repeat itself time after time. Soon enough, the war itself would involve the people living in Valhalla.

The Gods and Demons would then develop techniques to summon and reincarnate strong, radiant souls, into battlers and soldiers to aid them in their cause.

A whisper was heard… “In exchange for your soul, I shall bestow upon you power unimaginable…” In order to pave a new path to a brighter future, people gathered, and made pacts (Judgement) that would grant them new powers.

Game Play
Players select a Ruler, which represents them in the game, and build a deck of cards around this ruler. You also have a separate deck of 10-20 Magic Stone cards.

During your turn you draw cards from your deck and play different types of cards to the field of play, interacting with your and your opponent’s cards:
Magic Stones: Cards that produce Will which you use to pay the cost of other cards.
Resonators: Creatures you summon to help you in battle to defeat your opponent.
Spells: They allow a player to support their Resonators with various effects, or hinder their opponent’s Resonators.
Additions: Enchantments or Enhancements to augment their own Resonators or weaken opposing Resonators.

Objectives of the Game:
1. Lower the opponent players life from 4000 to 0 by attacking them.
2. In the case of both players reaching 0 Life Points simultaneously or have the same amount of Life Points when time is called, the following Tiebreaker rules apply:
The player with the most cards left in the Life Break area wins. If it is still tied,
The player with the most cards left in the Main Deck wins.
If both conditions are tied, then the game is considered to be a Draw.
3. You also win if the opponent Player can’t draw a card for the compulsory draw in the Draw Phase.

TBS COMICS offers a great in store organized play experience.  Below is a list of weekly events: 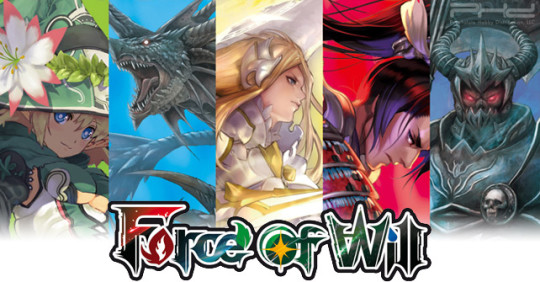