The summer is upon us once more, and as groups of friends find time to get together more often, party games are played more often. These are trending party games that you and your friends will find fun to play and talk about while enjoying the summer.

When we talk about party games there is no way not to bring up Cards Against Humanity. This game has made leaps and bounds in social circles of board gamers and non-board gamers alike. It has enticed people into the world of boardgaming for many years now.
from BBG
“A party game for horrible people.”

Play begins with a judge, known as the “Card Czar”, choosing a black question or fill-in-the-blank card from the top of the deck and showing it to all players. Each player holds a hand of ten white answer cards at the beginning of each round, and passes a card (sometimes two) to the Card Czar, face-down, representing their answer to the question on the card. The card czar determines which answer card(s) are funniest in the context of the question or fill-in-the-blank card. The player who submitted the chosen card(s) is given the question card to represent an “Awesome Point”, and then the player to the left of the new Card Czar becomes the new Czar for the next round. Play continues until the players agree to stop, at which point the player with the most Awesome Points is the winner.

This, so far, sounds like the popular and fairly inoffensive Apples to Apples. While the games are similar, the sense of humor required is very different. The game encourages players to poke fun at practically every awkward or taboo subject including race, religion, gender, poverty, torture, alcoholism, drugs, sex (oh yes), abortion, child abuse, celebrities, and those everyday little annoyances like “Expecting a burp and vomiting on the floor”.

In addition, there are a few extra rules. First, some question cards are “Pick 2” or cards, which require each participant to submit two cards in sequence to complete their answer. Second, a gambling component also exists. If a question is played which a player believes they have two possible winning answers for, they may bet an Awesome Point to play a single second answer. If the player who gambled wins, they retain the wagered point, but if they lose, the player who contributed the winning answer takes both points.

If you have ever sat around debating who would win in a fight, your favorite superhero vs your favorite anime hero, this is the game for you. This game tests the debating skills of you and your friends through the practice of fighting genres with odd upgrades.

IMPORTANT: Superfight went through a major reprint in late 2014. The rules and about 30% of the cards were refined to improve the game after it sold out of the first five prints in preorders alone. The game is now produced by the folks who created The Walking Dead, and is exploding in popularity. The CAH/Apples mechanic has been replaced by a table vote and one-one one battles, but the battle royale and villain rulesets keep the old single-judge mechanic if the table prefers that.

Superfight is party game of super powers and super problems.

The game is all about arguing with your friends about ridiculous fights.

The core deck contains 500 cards. 170 characters (white cards), and 330 powers and weaknesses (black cards). Players use a hand of three white cards and three black cards, and choose one of each to beat the player next to them. Then they get a random black card before fighting. Players then argue their case for why they should win, and the table votes.

This is a party game for politically savvy people, or people who just enjoy political satire. This game could be a lot of fun especially since the elections are coming up, and we all know bringing a little humor into a serious landscape could be relaxing. This game is a CAH style game but with a political overall theme.

The Contender is a social card game inspired by the vim and vigor of a real presidential debate.

To win, you must use facts, attacks and distracts to convince the Moderator that you are fit to lead the free world. The deck brings you hundreds of one-liners based on real presidential quotes that you’ll combine to beat your opponents in the debate of the century.

Players take turns debating an issue drawn from a deck of Topic cards by combining the phrases on the Argument cards to create the most convincing or entertaining argument.

This game is essential for anyone who loves the spy genre, or James Bond movies. This is a bluffing party game where reading the other players is the most important aspect of the game. Be wary those who smile too much and giggle, this is a bluffing persons game. Codenames also happens to be one of the 4 nominees for Game of the Year 2015.

Two rival spymasters know the secret identities of 25 agents. Their teammates know the agents only by their CODENAMES.

In Codenames, two teams compete to see who can make contact with all of their agents first. Spymasters give one-word clues that can point to multiple words on the board. Their teammates try to guess words of the right color while avoiding those that belong to the opposing team. And everyone wants to avoid the assassin.

Codenames: Win or lose, it’s fun to figure out the clues.

Ever happen to go to a convention and you’ve seen a bunch of people sitting in a circle slapping their knees late at night? If the answer is yes, then you’ve accidentally walked into an Ultimate Werewolf group. This is a great game to play with a large group of people. Ultimate Werewolf has won many awards for party games, and has even been the subject of some short skits from Geek and Sundry.

Ultimate Werewolf takes place over a series of game days and nights. Each day, the players discuss who among them is a Werewolf and vote out a player. Each night, the Werewolves choose a player to eliminate, while the Seer learns whether one player is a Werewolf or not. The game is over when either all the Villagers or all the Werewolves are eliminated.

Ultimate Werewolf: Deluxe Edition features all new artwork, a great new design, totally rewritten and more comprehensive rules, and an even better moderator scorepad. What’s more, it supports more players than ever: 75 of your closest friends can converge on one or more villages using the components in this box.

This is the third installment of the relaunch of Cash and Guns. This is a game that re-creates the final scene from Reservoir Dogs, by setting a scene where a heists splitting of the loot goes wrong. Everyone wants their cut and is willing to gun down their compadres to get it.

In an abandoned warehouse a gangster band is splitting its loot, but they can’t agree on the split! It’s time to let the guns talk and soon everyone is aiming at everyone. The richest surviving gangster wins the game!

Ca$h ‘n Guns helps you relive the best scenes of your favorite gangster movies. The goal is to have more money than anyone else after eight rounds while still being alive.

Each round, one player is the Boss, and he controls the pace of play. First, loot cards are revealed on the table to show what’s up for grabs. Next, players load their guns by secretly selecting either a “Bang!” or a “Click! Click!” card from their hand. The Boss counts to three, and on “Three” each player points his foam gun at someone else; due to his status, the Boss can tell one player who’s pointing a gun at him that he needs to point it in another direction. After a pause to observe threats and measure the seriousness in an opponent’s eyes, the Boss counts to three again and anyone who doesn’t want to risk getting shot can chicken out and remove themselves from the round.

Everyone who’s pointing a gun at someone still in the round now reveals their card, and anyone who’s the target of a “Bang!” takes a wound marker and gets none of the available loot. Starting with the Boss, everyone still in the round takes one loot card at a time from the table — money, diamonds, paintings, the position of Boss, medical care (to remove a wound), or a new bullet (to add a “Bang!” card to your hand) — until everything has been claimed.

After eight rounds, the game ends. Whoever has the most diamonds receives a big bonus, and paintings score based on the number of them that you’ve collected. Whoever has the most valuable stash wins! you’re no longer looting and shooting on your own with Cash ’N Guns: Team Spirit. This expansion features rules for team play and enables a ninth player to take part in the action. It also introduces a deck of duplicitous Mercenaries: twelve for-hire thugs who can give your team a temporary advantage and who bring a deeper strategic dimension to the team game. Seven new characters take seats at the table, including Boris, Natasha, martini-wielding Maria, and Mama, the most awe-inspiring of all. They bring new Surprises and Powers along with them, as well as a silencer that fits on your favorite weapon and three never-before-fired guns. (From the publisher). 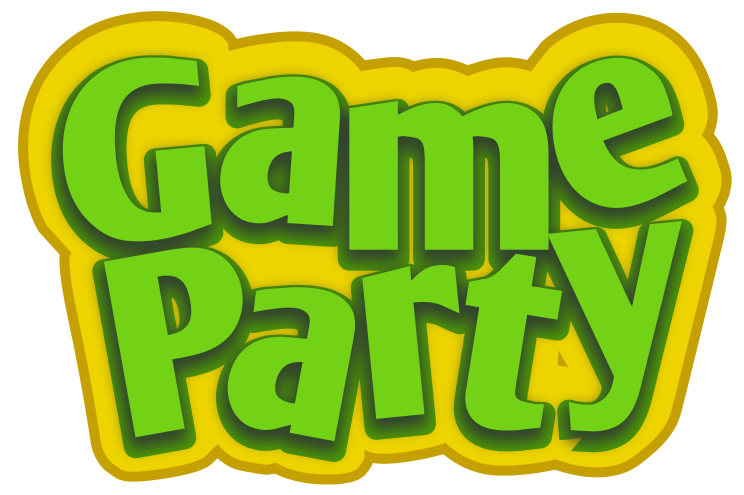